Sally spends her sabbatical down under!

The 12th August 2018 was a momentous day, I had been at Joss Search for five years which in itself was a great feeling, but this also meant I could book in my sabbatical. Any employee who has worked for Joss Search for five or more years can take a three-month paid sabbatical (amazing right?!) and I wasted no time in getting mine in the diary. I have never taken gap years or taken time off between jobs so this was an amazing opportunity for me. There were several things I wanted to achieve with my sabbatical; spend quality time with friends and family, switch off from the treadmill of day to day life, see some of the world that I had never seen before and finally rediscover my old friend, exercise! I’m pleased to say I did all these things but the highlight was New Zealand. 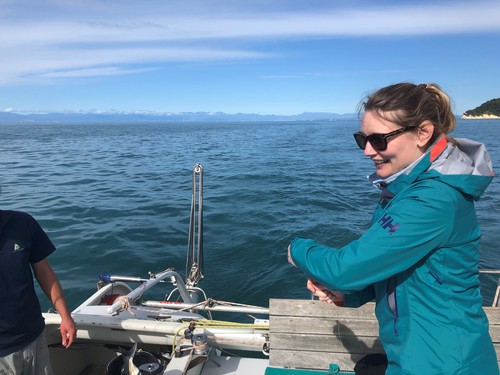 Now, I will never be a natural backpacker, traveller or general wanderer BUT if there was ever a time to do the mammoth journey to the other side of the world, it was during my sabbatical and therefore, I fulfilled a dream to travel around New Zealand. I booked a worryingly cheap flight with China Southern (cheap due to the 9-hour stopover in Guangzhou!) and off I went, jumped on a bus in Auckland and had the most amazing month seeing this breath-taking country.   New Zealand was the dream destination for me because it had a bit everything; mountains, beautiful beaches, lakes, forests, you name it, they have it!  If you’ve seen Lord of the Rings, you’ll know what I mean.   But I think the best thing for me was the calmness.  There were no 5 lane motorways, packed underground trains, pushing and shoving at the supermarkets.  The locals were so respectful of visitors and each other and it allowed me to relax.  Although there were a few hair-raising parts of the trip including a 16,500 foot skydive over Fox Glacier which has been rated the second-best place to sky dive in the world. I also climbed Ben Lomond, which is a 1,748m peak in Queenstown, it was incredibly challenging physically but the views at the top made it all worth it. 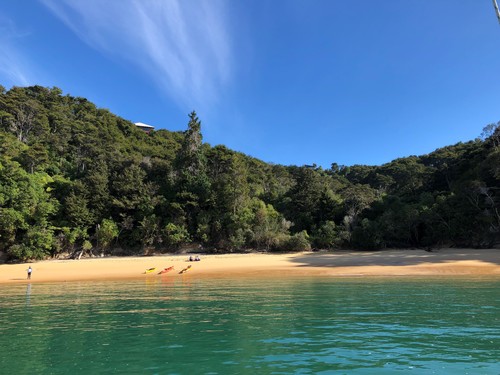 I travelled with a company called Stray and due to their amazing connections, we were able to stay with a Maori family in Lake Aniwhenua where we visited a local school, cooked a traditional Maori meal called a Hangi and were taught some Maori games.  We also stayed on a family run farm in the middle of nowhere called Blue Duck Station where we went horse-riding and clay pigeon shooting, I highly recommend it!  My favourite place was Abel Tasman National Park.  The scenery was pretty magical and getting out on the water was the best way to see it, so we went sailing on a catamaran and did a spot of fishing whilst taking in the coastline.  I met so many lovely people and did so many amazing things and I’m just so lucky to have been given the time to do it.

I am now back at work and I can’t say I missed it, but I am pleased to be back.  I have come back an even more productive and well-rounded employee.   Anyone who is offered a sabbatical, take it!  And if you’re able to offer your employees a sabbatical, do it!